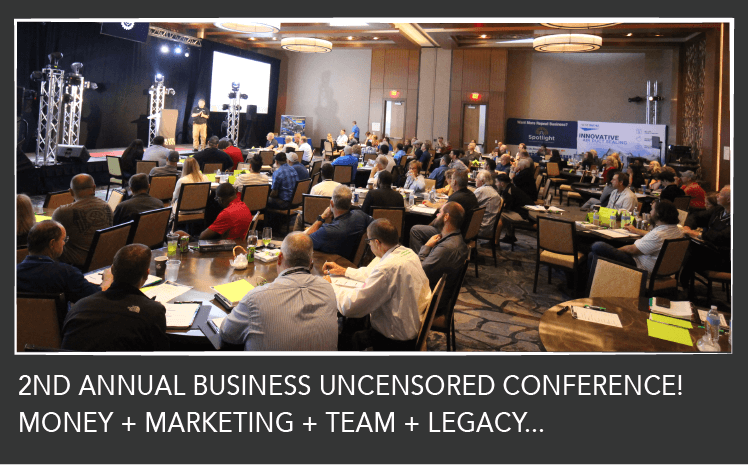 theNEWS did it again! They wrote a great article about our 2nd Annual Business Uncensored Event!

This is Angela Harris’ article below. Thanks, Angela! you truly captivated what the conference was about!

Well organized and intricately prepared, The New Flat Rate staff welcomed nearly 40 percent more attendees than last year to its second annual Business Uncensored conference. On the southeast side of the Tennessee River, contractors arrived at The Westin Hotel in Chattanooga, Tennessee, and were greeted with balloon arches and star treatment at an evening reception. It was a time to unwind from travel and engage New Flat Rate veterans and newcomers alike.

The first official day of the conference brought Rodney Koop to the stage with flashing lights and Steppenwolf’s “Born to Be Wild”. Koop, CEO and founder of The New Flat Rate challenged those in attendance to ‘get their motor runnin’. His opening session took a hard look at the difference between entrepreneur and business man adding a touch of humor to help the message get through. 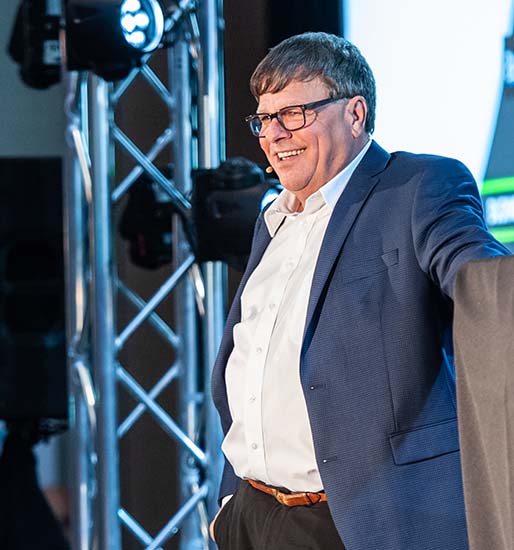 BUSINESS TRUTHS: Rodney Koop, CEO and founder of The New Flat Rate, educated attendees about the difference between entrepreneurs and business men and women with humor and personal experiences during the conference.

“If you are a true entrepreneur you are never afraid to write a check, money or no money,” he laughed. Then in a serious fashion said, “When you try to give an entrepreneur a business plan, it’s going to fail over 90 percent of the time, and it always fails for the same reason — money.”

According to Rodney Koop, the two things that contractors need to be successful are consistent money and effective marketing. He explained that consistent money can be made using The New Flat Rate system, but a willingness to change a business until it is something that the owner absolutely loves is necessary in order for the program to achieve maximum effectiveness.

“If you don’t like something in your business, change it,” he said. “Change it until you’re 100 percent satisfied. Don’t just like your business, love it. I want you and your business to get to the point where every day you just want to take it out on the road and do something with it.”

Returning to the subject of money, Rodney Koop continued with stories of new boats, cars, and family trips when he had turned a profit in his early years.

“When I had cash I spent,” he said. “Most entrepreneurs are spend freaks and I had to learn not to spend money.”

The difficulty in saving money is not what he called a lack of discipline, but instead he explained that owning things can make a person feel successful.

“Having money and a profitable company is about maturity and learning to control spending,” said Rodney Koop. “Cash in the bank is your working account, cash in savings is your profit, and cash in debt is a ticking time bomb.” 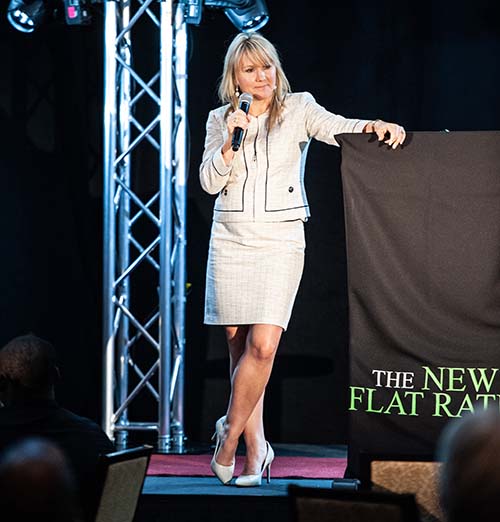 In her session on managing cash flow, Putnam discussed growth, money, and when it is time to spend. She explained that by its nature, growth sucks cash from a business and that money management has a steep learning curve.

“When can you spend your money? You’re working hard to put money in the bank? When is it okay to spend your money?” she asked. “The feast and famine contractor doesn’t know if he’ll ever have the money again and so he feels like he has to spend that money. This money is way too exciting, unpredictable, and burning a hole in your pocket.”

According to an informal survey of attendees, 62 percent said they don’t have enough money, 23 percent admit they need better money management, and 54 percent are stressed out about money. It was here that Putnam began to break down money management principles that have shown positive results for the countless companies she has coached.

Matt Koop led multiple sessions, including one that involved a look at the future of in-home-services. It was the final session of the program, but it carried a note of caution for those who are change averse.

“Unfortunately, we’ve pretty much always said that the contracting industry as a whole has consistently been 20 to 30 years behind the rest of the business world,” said Matt Koop. “Up until the Internet, there was no need for a contractor to change. People had to call you. They weren’t able to buy the parts before Home Depot started selling them; and because none of the suppliers would sell it to customers directly, you were all protected.” 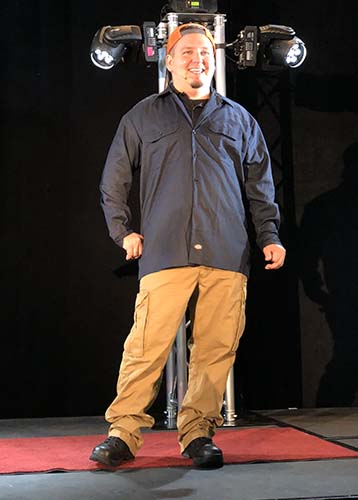 PLAYING TWO ROLES: During one session, Matt Koop, vice president of The New Flat Rate, roll played the company’s scripts to show how they help contractors use them effectively. Whenever his technician hat was flipped backward, it was time for some more coaching.

It’s not like that anymore, he said and then outlined where new competition is coming from that many contractors don’t yet have on their radar.

Matt Koop then used the example of UPS and FedEx to reveal the full issue. Amazon needed shipping services for its customers. The two shipping companies didn’t like the terms and decided not to carry Amazon packages anymore. Amazon still had a need and put 20,000 Sprinter vans on the road and in essence began its own shipping company to meet that need.

“If you won’t play nice [with companies like these], they will acquire your assets,” he said. “In other words, they can go buy trucks and buy your techs all because somebody didn’t want to play the game. So, they said fine, we’ll replace it.”

Continuing through other examples, Matt Koop told his audience that the warning was not to scare them, but to let them know the amount of change that has occurred in the last decade and how that affects them.

“In the last decade, you went from being the expert that nobody questioned, to you’re the professional that has the skill, to now there’s the possibility of somebody acquiring it all.” 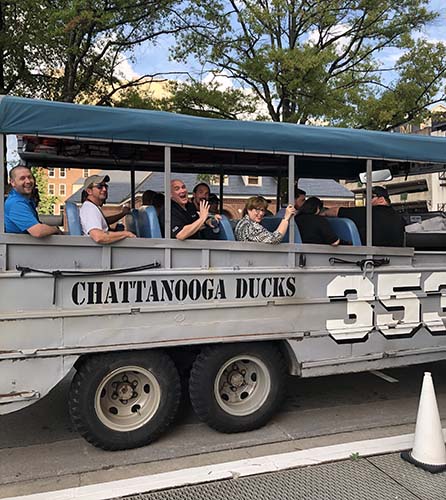 DUCK BOAT FUN: After the first full day of sessions, Service Roundtable hosted attendees on the Southern Belle Riverboat for dinner. Before dinner, participants were chartered to the dock in WWII authentic duck boats.

At the end of each session, attendees were given time to fill out yellow action sheets and network with peers at the conference. The contractors that took the time to fill out these sheets were then able to take them home and work through or apply the nugget of information they found best fit their business during a session. When asked about the yellow take away sheets, multiple attendees pointed out that these types of conferences are beneficial, but it is often like trying to drink from a fire hose. The yellow sheets made the information manageable, more like a garden hose.

Break times were also provided where the hospitality of the south was displayed as attendees enjoyed snacks, fresh baked cookies, coffee, and sweet tea. Meals were provided at breakfast and lunch during the conference as well. It gave attendees increased networking time as well as time to spend discussing the ups and downs of their businesses and some of the finer points of their golf games. 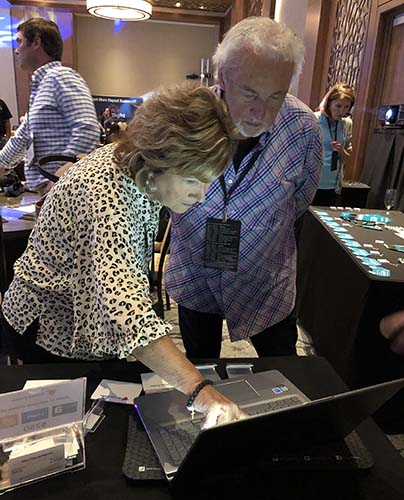 INTERACTIVE SPONSORSHIP: Sponsors helped make Business Uncensored possible this year and inside the conference center each sponsor had a display for attendees to interact with and learn about the different services and products that were available.

Sponsors helped make Business Uncensored possible this year. They included Service Roundtable, Jackson Systems, Aeroseal, Customer Lobby, National Comfort Institute, Online Access, To Your Success, Rotobrush, Power Selling Pros, and Service Fusion. Each sponsor had a display inside the conference room for attendees to interact with and learn about the different services and products that were available.

After the first full day of sessions, Service Roundtable hosted attendees on the Southern Belle Riverboat for dinner. Matt Michel, CEO of Service Roundtable was on hand for the conference and festivities. Before dinner, participants were chartered to the dock in WWII authentic duck boats. After dinner, many took a bevy of eclectic photos in the photo booth while other spent time on the deck enjoying the Tennessee River.

Angela Harris is the Technology Editor. She can be contacted at 248-786-1254 or angelaharris@achrnews.com. Angela is responsible for What’s New and Technology articles for The NEWS. She obtained her bachelor’s degree in English from Oakland University and has nine years of professional journalism experience.