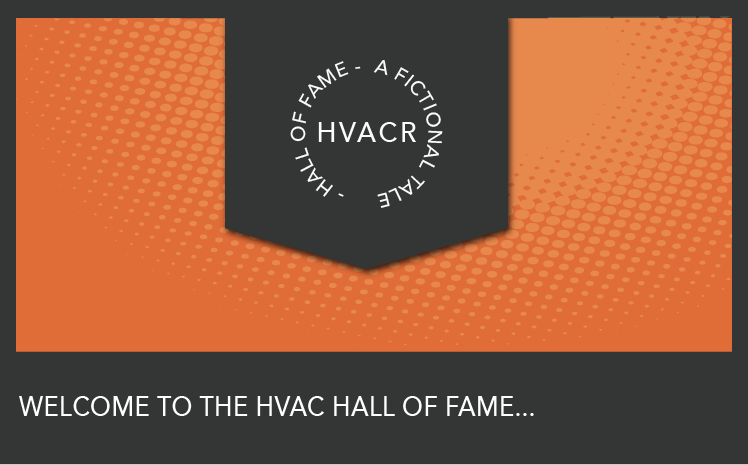 Contracting Business featured this great article by Rodney Koop! CLICK HERE TO CHECK IT OUT!

Or feel free to check it out below….

In a smoke-filled room at a secret gentleman’s club in the back woods of upstate New York, six overstuffed leather chairs are set around an ancient stone table.

On the table sits a dust-covered, weathered, leather-bound book.

Nearby is a roaring fireplace, casting the only light in the dark room.  Shadows dance across the walls with the rhythm of the flickering flames.

This meeting, like all the society’s meetings, was very secret.  Only those notified by a special messenger could attend.  Each received an invitation written in an ancient hand, closed tightly with a hard-wax seal and delivered in the dead of night.

There was no RSVP; a man receiving the yellowed paper with the gold seal immediately knew what he must do.  All endeavors were halted, and he traveled post haste, chauffeured to a dark, tree-lined driveway and taken into the main hall of a gigantic old mansion.

When all the men had gathered, and all had been relieved of their heavy coats and top hats, each was seated in his chair and the meeting began.

One man stands and proposes a name.

Another asks, “has he paid his dues?”

“How has he paid his dues?” says the second.

“From a young age, he has spent many years honing his skills as a salesman down in hot, sultry, Florida, suffering through failure, rejection and ridicule.”

“He tested method after method, learning at the feet of some of the greatest salesmen of old, yet their methods left him in despair. He lay awake at night, sweating, tossing, and turning.”

“Thinking he must change himself first, he tried to smile at his prospects; he tried a serious look.  He tried showing empathy; he even tried educating the prospect, but all failed.”

“He sounds just like every other salesman,” said a man.

“Many other salesmen also did not quit.”

“He simple things like, growing a beard, he tried wearing a goatee, he tried growing his hair out long, and he tried cutting it short.  Then by trial and error, testing his look over and over, he stumbled upon something.”

“He discovered that his prospects took him seriously when he was clean-shaven with short, neat hair.”

“No, that isn’t all. As a matter of fact, that wasn’t the most powerful thing at all.”

“Then spare us the suspense! What was the most powerful thing Charlie Greer did to hone his appearance?”

“What do you mean you can’t say? Say it, man, or the name gets thrown out!”

“White socks?  What? Are we talking about stockings?  Are you crazy?  What kind of fools do you take us for?”

“Sir, unless you can tell us something a heck of a lot more powerful that white socks, his name is going into the fire.”

“Well, gentlemen, there is one other thing.”

“Yes, there is one thing that sets Charlie Greer apart from the masses, and I dare say it’s what has made him successful for over 37 years.”

“You are trying our patience, man.  Process is nothing new, for goodness sake!  Every salesman follows a process!”

“So, what’s so special about this Greer fellow and his process?”

“Well then, for the love of God, tell us man!  What is the one thing that is so special about Charlie Greer following a process?”  The man croaked, exasperated and desperate.

“Charlie Greer follows a process.  Every time. No exceptions.”

“Are you telling me that there is a salesman who actually follows a process every single time?  That’s insane.     That’s an impossibility.  Why…that’s practically unheard of!”

“That’s what I’m trying to tell you!  Charlie Greer follows a process every single time, and when he trains others, guess what he trains them to do?”

“Don’t tell me he trains them to follow a process.”

“That’s exactly what I’m telling you!”

“Are you absolutely sure?  Because we do not take our decisions lightly.  You do realize that if we induct this    man, this Charlie Greer fellow, this clean cut, clean shaven, white-socked, process follower into the HVAC hall of fame, his legacy will be cast in stone.  He will be forever revered, forever honored; monuments will be made of his image; Universities will be named after this man!”

“Charlie Greer follows a process better than any man, and he does it every time. Of that I’m sure, and you can take it to the bank. I’ll stake my name on it; I’ll stake my reputation on it.”

One of the men of wisdom then stood and proclaimed, “I hereby nominate Charlie Greer, white stocking wearer, process follower extraordinaire, to be inducted into the HVAC Hall of Fame!  All in favor, signify by raising a hand.”

An old man, withered with age, his hair whitened by wisdom, slowly stands up.  The room goes silent; nobody speaks.  Nobody moves.  If this man speaks, it will be the first time in 17 years he has spoken inside the circle.

The old man looks slowly at each of the men gathered. A hush like a mighty wind moves across the room as the man raises his hand.

Slowly and carefully, he forms words, “David Heimler.  Do it!”

The old man slowly moves his hand and points to a thick dust-covered, leather-bound book laying in the center of the great stone table and then slowly sits down.  The room remains silent; nobody dares to breathe.

The Scribe reaches for the book, carefully opening it to one page as the aged binding creaks and moans.  Dipping the quill of an eagle feather into a coal-black jar of liquid ink, using an ancient script and with a strong flourish, the scribe writes two names: