How a Harley Almost Made a Contractors Day 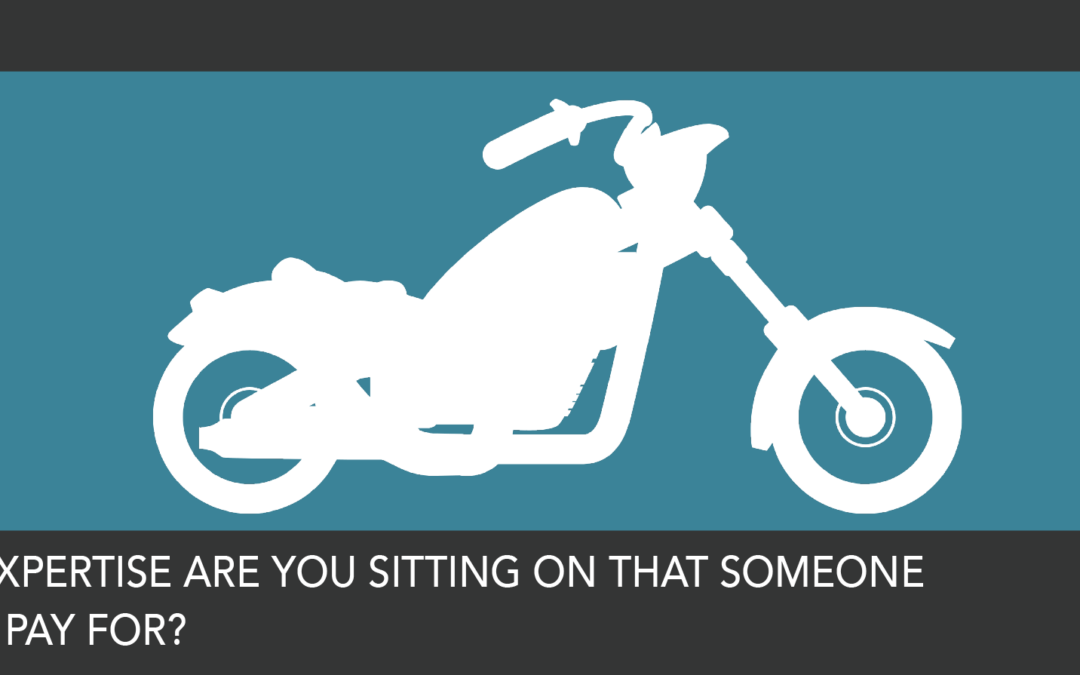 Contracting Business posted a great article by our Founder Rodney Koop. Check it out HERE or enjoy it below…

I want to tell you a story, a true story, and one that happens way too often.

One fine day, a service contractor, much like yourself, was doing a service call for a very fine new customer. Now, this customer was kind of elderly and looked like he had lived one rough and tumble life.

So, this service contractor is in the process of running a wire from the customer’s house out to what looked like an old shed of some sort. On closer inspection, it was actually a very well built, very tight, and very snazzy shed. And in this shed, the contractor sees some mighty fine American Steel: a ‘67 Mustang, a ‘68 Camaro, and a few other muscle cars all looking good for their age. But what really catches this contractor’s eye is a motorcycle, a Harley Davidson. And it is old; older than the 60s. Maybe it’s even a bike from the 50s.

I happen to think that the best opportunities come from focusing your marketing on neighborhoods, street names, and certain areas where your company has a history of doing well.

As it turns out, it was a 1956 Harley Davidson KH. A pretty rare breed. This contractor knew that Elvis Presley had owned one of these babies, and this had to be worth a pretty penny. But what he really liked about it was that it was just plain cool.

What’s a contractor to do? He finished up the work for his new customer, and when it came time to settle up, he asked about the motorcycle. The man said that he was no longer able to ride a motorcycle, and although he hated to part with anything in his collection, he had been thinking of letting someone else enjoy owning this great bike. So, if the young man had his heart so set on it, he said he would sell it. He did say it would not be cheap, but it would be fair.

The contractor was thrilled and agreed to come back within the week with the money.

The next day, he met with his banker and asked for a loan of a few thousand dollars so he would have enough for the bike. His banker asked a lot of questions like bankers do. You know, like, “What are you buying? What is it worth? What will you do with it? Where are you getting it? Who are you buying it from?”

Our fine and honest contractor answered all of the questions with no hesitation because he had good credit and had always paid his loans off early. He was sure he would get the loan.

The banker of course would have to talk to the loan committee. “Just a formality, you understand; I’m sure they will be happy to loan you the money, so give me a day or so and we’ll wrap this up.”

Our friend went on his merry way and got busy doing his work. After two days, he hadn’t heard from his banker friend, so he called him up. “Just a snag or two,” said the banker, assuring him that it would all be cleared up in the next day or two. This went on for almost 2 weeks with no good news coming from his banker. He decided to borrow the money from friends, and so he gathered up the money and went to see the man with the motorcycle, hoping he would still be willing to sell the bike.

Imagine his disappointment when he found that the bike had been sold. Upon questioning his customer, he found that the customer thought he had changed his mind since he didn’t return within the week, and as luck would have it, another buyer came along and offered a few hundred dollars more, so he sold it.

This is a sad story, isn’t it?

I have to ask 2 questions; let’s see if you caught this.

You guessed right. The banker bought the bike.

Now after hearing that terrible story of deceit, treachery, and wickedness, I have to ask the second question.

2. What business is the banker in?

The banker is in the business of making money. And this particular banker has no moral problem letting his depositors do his work for him. Makes you want to go back and think about all those questions your banker asked you when showed up for a loan, doesn’t it?

I’m not here to dump on bankers, so don’t get me wrong. What I’m saying is that you can find business opportunities you hadn’t even considered if you listen and pay attention.

I happen to think that the best opportunities come from focusing your marketing on neighborhoods, street names, and certain areas where your company has a history of doing well. Pick a few new neighborhoods or areas each year that you haven’t done much work in, and determine if you might be missing some great opportunities.

When your phone rings, think like a realtor: location, location, location. Decide where you want to work and watch for those calls. Do your guerilla marketing in those specific neighborhoods. Get some of that business and see what happens.

When we focus only on getting something fixed for our customer as fast as possible so we can get to the next call, are we overlooking the 1956 Harley Davidsons? Are we missing the real opportunities?

So, here is the moment of opportunity, the moment for you to think. A. What business am I in? and B. What opportunities am I walking past?

What expertise are you sitting on that someone would pay for?

I’m not asking you to become an “American Picker.” I’m saying that maybe the customers that call you, you know, your typical everyday customers that you can depend on calling you when they need help, well what’s sitting in their garage metaphorically? What else would they buy if you just offered it to them?

I mentioned to one of our customers that I spray-foamed my shop and my home for energy savings. A few months later, he called and asked me to help with his new home. He was so intrigued with my spray foam comments that he wanted my opinion and only my opinion on every aspect of his new home’s energy status. That was worth almost $60,000 in business for me, and most of it was outside the normal HVAC work.

What expertise are you sitting on that someone would pay for? I mentioned to another customer one time that her roof was leaking from a tree branch that fell on it. She paid me to have her roof repaired even though I wasn’t in that business. I ended up getting it done, and she was thrilled.

So, if you are in a seasonal business, one like heating and air conditioning, think about what other talents and skills you could contract out in your neighborhoods. You are more than you think you are, and it’s time to let some of the great opportunities find you.

Pricing enthusiast Rodney Koop is the founder and CEO of The New Flat Rate, a home service menu-selling system designed to put profit directly into the hands of plumbing, electrical, and HVAC contractors.