My dad went to the pet shop and purchased 15 goldfish over the summer. He doesn’t have an aquarium; he’s never been into ‘fish,’ but he thought his grandkids (who happened to be spending a lot of time at his house over the summer months while out of school) would enjoy swimming in the hot tub with the fish! As you could guess, in Georgia in the summer, the family hot tub becomes a cold tub and is used more for a grandkid splash pool on the deck.

I saw a few Facebook posts of him showing off the goldfish and watching certain grandkids with goggles paddling around in the tub – heck, it looked like fun – and naturally, I couldn’t wait to get my two girls (ages 5 and 3) over to visit for their turn of fun.

Their turn of fun came, and at the end, the tantrums began.  Who would want to load up in a car to go home?  Who would want to obey their mother and leave a ‘swimming pool filled with fish?’ Sigh—the exaggerations of a child’s mind.

Grandpa quickly gauged what was happening and swiftly chimed in, “Oh no worries, girls! You can each take a fish home with you!” as I dramatically shook my head ‘no!’ in the background.

Naturally, I sent the two fish immediately to the “other grandparents’ home” so when the kids were there after school, they could spend time with their fish – and the other grandparents fed, cared for, and kept the fish alive, until one day, one died.

But there was still one fish left – a goldfish, and he or she, I’m not sure which gender, was white. And quite ugly at that.

Fast forward, the other grandparents went out of town, and somehow, the solo white goldfish ended up at my house, in its bowl with pink rock pebbles decorating the bottom.

At first, I refused to care for the fish – I told my daughters each day, “Feed your fish!”

I taught them to simply use one small pinch of their fingers to drop the food in the bowl each evening. “Careful now, not too much; if you overfeed a goldfish, it will die; its stomach will explode.” And then each week when the water was too thick to see through, I’d set out another bowl of water overnight and move the fish to the new bowl the next morning – why? I don’t know.  Somewhere along the way, I’d heard as a child that it would kill a fish to put them in cold water immediately, so you had to let it sit overnight, for the purpose of achieving ‘room temperature water’ before transferring the fish into the clean ‘tank.’

I don’t even recall owning a pet fish as a child, so how did I have such opinions as to its care?

“Want to be at $100 million in revenue? Easy! Just get a bigger building; be a bigger company!”

Myth busters according to a goldfish would laugh in our faces.

What really stunts a goldfish’s growth is not the size of its bowl, but the poor water quality and improper care.

There’s more than meets the eye.  Under the right conditions, goldfish are a fantastic species of fish to keep. They are hardy, adaptable, long-lived, and have an extensive and interesting history, just like us service providers.

And they’re smart, too. Goldfish can be taught to pull a lever for food! In a lever experiment involving goldfish, they were even able to realize within an hour that if the lever stopped producing, it wasn’t worth pulling anymore.

My non-fish owning years as a child also taught me that goldfish don’t have memories – no big deal if they have dirty water and die easily; they don’t remember their day to day. Wow, what air waves was I listening to? In my research today about goldfish, I’m learning their memory lasts up to 3 months – so swimming around in a fish bowl all day, lapping circle after circle, is indeed very boring.

In a matter of weeks, I went from being a cold-hearted, busy working mom with an irritation towards goldfish, to a mother who enjoys sitting quietly by the fish bowl in the mornings. Not only do I now call the fish my own, but I turn the lamp on above his or her bowl in the mornings when it’s quiet and the children aren’t pulling at my hem; I nestle in while it’s still dark outside underneath the lamp on a grey couch in my den, and slowly sip my coffee. I’ve become obsessed with keeping the fish bowl clean, and in those mornings, I’m noticing how pretty the ugly duckling actually is.  In fact, I think I’ve actually named the fish—Ginger.

And wouldn’t you know it, I’m starting to know when Ginger is hungry! When I walk by and she gives me those eyes while opening and closing her mouth, I’m reminded of feeding time.

I’ve changed from a fish hater to a fish appreciator – I now have the habit engraved in my morning schedule to spend time with my fish.

As business owners, how much of our marketing, our management, our day to day, is run out of the myths from our childhood?

Hear me out— this is really deep stuff here, no fish-bowl-deep-water pun intended. As the daughter of a contractor, how many perspectives did I gain because of my father that were good? How many habits for running a business did I inherit that were priceless? And on the other hand, how many myths did I also receive by generational pass down?

Dirty water and poor filtration stunt a fish’s growth because it affects their health – an unhealthy fish becomes deformed and dies young. A healthy goldfish has been known to live for up to 49 years.

Goldfish can grow big even in a small fish bowl, if the water is clean, filtrated, and the fish is properly nourished. Is the nourishment of our business based on myths we believed as an early manager or young owner? As Charlie Greer says, “Evolve or Die.”

So, in case you are fishing for a few simple takeaways, here’s the list: 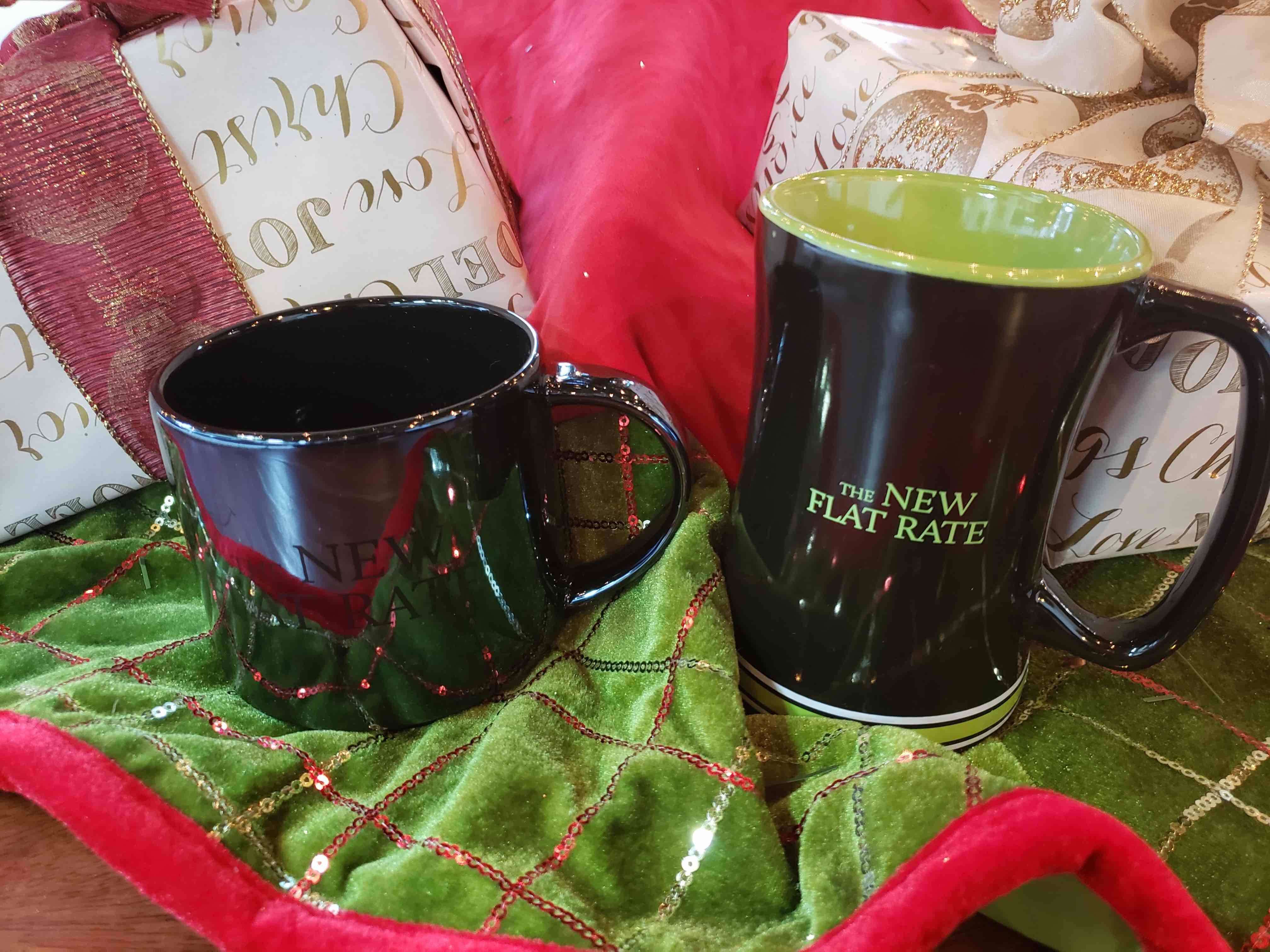 P.S. I’ve got a bunch of extra coffee cups—I’m serious—from a recent over shipment –

can I send you one? Shoot me an email requesting a cup, and you’ll receive it in the mail along with a one-page myth buster report on Goldfish, simply because it’s cool. danielle@menupricing.com Looking forward to hearing from you.

Danielle Putnam is the President of The New Flat Rate and Immediate Past President of Women in HVACR. The New Flat Rate, a home service menu-selling system designed to put profit directly into the hands of plumbing, electrical, and HVAC contractors. Women in HVACR, a non-profit member-based organization providing professional avenues for networking and educating women while encouraging more women to enter the trades. For more information, email danielle@menupricing.com or visit www.thenewflatrate.com and www.womeninhvacr.org.